UTIs in the Elderly 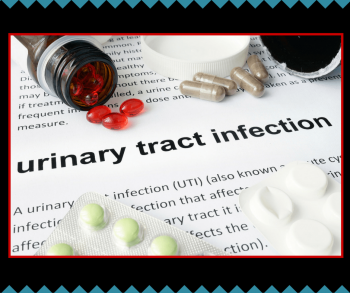 Sometimes we have to discuss some of the more unpleasant and awkward sides of life – urinary tract infections (UTIs) easily fall into that category. UTIs are always unpleasant, but in seniors they can point to bigger issues than the discomfort they cause. Here’s the main information you need to know about UTIs in the elderly.

What is a UTI?

A UTI is any infection in the urinary system, kidneys, bladder, or urethra. If you’re an adult, and especially if you’re a woman, there’s a good chance you’re no stranger to UTIs. They’re the second most common type of infection and half of all women will experience one at some point in their lives.

The Symptoms of a UTI in the Elderly

In general, seniors are more susceptible to infections due to their weakened immune systems, which makes them one of the populations most at risk for a UTI.  For younger people, a UTI is usually pretty easy to identify: there’s a painful burning when you pee. Some UTIs in seniors come accompanied by this clear symptom, but oftentimes they’re a little harder to recognize.

Some symptoms that may point to a UTI in seniors include:

That’s a long list of symptoms, but what’s really troubling is that sometimes seniors don’t exhibit any clear symptoms at all, or the ones they have look more like the onset of dementia than a UTI.

If a UTI isn’t properly identified and treated, it can cause some serious problems, including kidney failure. If you have any suspicion that your loved one may be suffering from a UTI, then it’s worth asking your doctor for a urinalysis.

Common Causes of UTIs in the Elderly

In addition to a weakened immune system, there are many illnesses and health concerns that seniors encounter that can contribute to the likelihood of experiencing a UTI.  To start, the elderly often have difficulty controlling their bladder as well as they did in their youth. It’s a natural part of aging, but one that makes it more likely that bacteria will get into the urinary tract and cause a UTI.

Additionally, anyone who needs a catheter will face an increased risk of contracting a UTI. Diabetes also increases the risk, as does an enlarged prostate and kidney stones. Each of these issues is unpleasant enough on their own, but quickly made worse when you add a UTI to the equation.

What to Do if You Have an UTI

You probably already know the first step: talk to your doctor. They can prescribe antibiotics to treat the UTI. In addition though, you want to develop some habits that will both help clear up the current UTI and reduce the likelihood of getting another one:

How Reduce the Risks of UTIs

In addition to increasing the amount of fluids you consume and adding cranberry juice to your grocery list, there are a few other tips that can help you avoid having to ever deal with a UTI to begin with.

You may find it unpleasant to read or talk about UTIs, but experiencing one is certainly worse! Pay attention to possible symptoms and don’t be shy about bringing it up with your doctor if you have questions or concerns. Better to be upfront and get it treated than hide it and face more serious health issues because of it.

Does Medicaid Cover Assisted Living?
7 Ways to Protect Yourself from Bankruptcy on Medical Bills