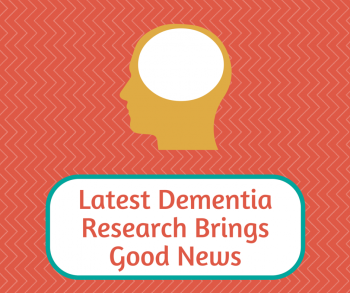 Researchers reported some good news about dementia recently. Dementia rates dropped by 44% over the past 40 years among participants in one of the nation’s longest-running health studies. Researchers found that overall dementia rates in the late 1970s and early 1980s were 3.6%; since the late 2000’s the rate hovers around 2%. At the beginning of the study period, the average age at which dementia patients received their diagnosis was 80. Today, the average age at diagnosis is 85. The findings were published in the New England Journal of Medicine.

Dementia remains a major health issue, due to the nature of the disease, the increasing number of people living long enough to be at risk, and the cost and complexity of dementia care. But scientists and doctors are sifting through the new report for clues to help patients and future generations.

Who participated in the study?

The people studied were all participants in the Framingham Heart Study, a group of 5,000 women and men from the Boston exurb of Framingham, Massachusetts, who’ve been in the study since 1975. As the Harvard Medical School blog points out, Framingham study subjects are predominately middle-class whites, so it’s not certain how relevant the findings are to people outside that demographic.

The researchers said not all the factors related to the drop have been pinpointed. But prevention and treatment for heart disease and strokes have improved over the last few decades. Some researchers and public health experts think those improvements drove the decline in dementia cases, because there was a decrease in people with cardiovascular disease over time.

The researchers also found that declines were only seen among people who had at least a high-school level of education. That corresponds to other studies that have found a link between more education, more challenging careers, and less incidence of dementia. Scientists think that may be due to the development of “cognitive reserve,” an increase in brain resilience.

Which type of dementia declined most?

USA Today reported that vascular dementia declined most during the time periods studied. It’s the 2nd most prevalent type of dementia, according to the Alzheimer’s Association, and can be caused by sudden events like stroke as well as by chronic problems like hardening of the arteries that affect blood flow to the brain. There was a decline in Alzheimer’s disease that may or may not be related to improved cardiovascular health; researchers said it could have been a fluke.

How can you reduce your risk of dementia?

The most important step you can take, according to the Harvard Medical School blog, is to take care of your heart. Eat a healthy Mediterranean-style diet, get 30 minutes of moderate-intensity exercise 5 days each week, and make time to relax and socialize.

Other things you can do to protect your brain are:

Finally, see a doctor if you or your family members notice possible signs of dementia. The earlier doctors can diagnose the problem, the better you and your family can plan treatment and care.