A Potential New Cure for Alzheimer’s? 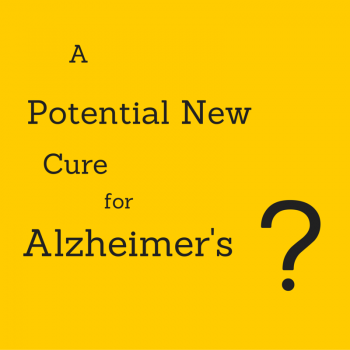 Despite affecting more than 50 million people worldwide, there has been little the medical field has been able to do to battle dementia and Alzheimer’s disease. In fact, every four seconds, a new person is diagnosed with the progressive, degenerative brain disease. As the population ages and lives longer, the numbers of dementia patients will rise.

However, promising research out of the Queensland Brain Institute (QBI) at the University of Queensland in Australia is revealing a non-invasive treatment that seems to significantly reduce the amount of beta-amyloid plaques, one of the two types of lesions that build up in the brain of an Alzheimer’s patient.

Researchers used a particular type of ultrasound called a focused therapeutic ultrasound to beam sound waves at a very high vibration speed into the brain tissue. The oscillation from the waves gently loosens the blood-brain barrier (the layer in the brain that keeps out bacteria but also prevents traditional medicines from entering the brain) for a brief time.

The waves also stimulate the brain’s microglial cells that are responsible for removing waste from the brain, allowing them to flush out the amyloid plaques that have built up as sticky proteins between the brain’s neurons. The blood-brain barrier then re-closes after a few hours, restoring its protective function in the brain.

Tests on mice showed fully restored memory for 75 percent of those that received this treatment, as proven by an improved ability to complete certain learned tasks. Additionally, there were no signs of brain damage to the surrounding brain tissue after the non-invasive treatment, another huge benefit to potential patients in the future.

Researchers plan to move on to tests on higher animal models, such as sheep, and to hopefully begin human trials by 2017. The Australian government invested $9 million into the technology, acknowledging the fact that as the population ages at an increasing rate, the cost of treating and caring for Alzheimer’s patients is significantly more expensive than working to find a cure.

5 Benefits for Veterans’ Spouses
Dangers of Dehydration in Seniors