SeniorAdvisor.com Blog > Blog for Families > Endless Summers of the 1960s

Endless Summers of the 1960s 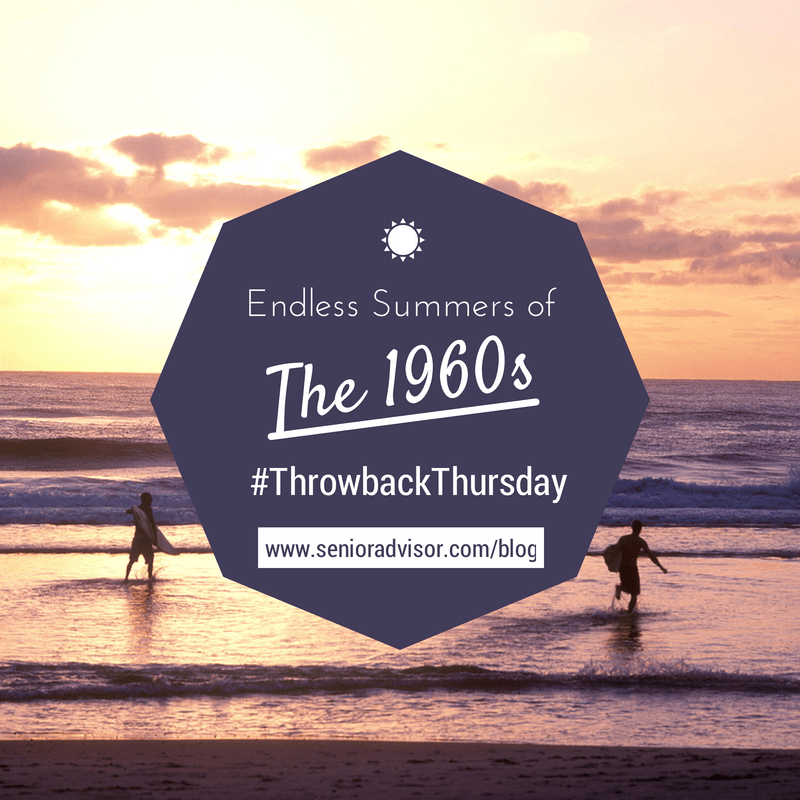 About Celebration of the 1960s: This four-part series looks back at the memorable highlights and trends that made up this exciting decade.

For those of you who grew up in the 1960s summer time was the highlight of the entire year. Beaches around the country from Florida to California were packed with sun loving teenagers looking to have some clean fun in the sun. Summer just wasn’t complete unless you got to spend several weeks surfing, sunbathing or people watching before having to go back to work or school. From the start of 1960 it seemed like the whole world moved towards the beach.

Even Hollywood was in love with the summer. TV shows like Gidget followed the summer adventures of a sun loving teenager as she chased love and new experiences all while at the beach. Surfing was also very popular in the 1960’s and many beach movies starring the likes of Elvis Presley were released. The now famous Blue Hawaii made in 1961 which Elvis stars in is a great example of the endless summer style movies that was played in drive-in movie theaters across the country. Even teenagers who lived in parts of the country with no beaches fell in love with this fad.

Nothing brings back memories of those endless summer days of the 1960s than the music produced in the decade. Bands like The Beach Boys sung songs about love and life at the beach and many teens blasted their music on radios in route to the ocean. Other bands that were an iconic part of the 1960s include The Monkees, The Byrds, The Kinks and The Hollies. Music in this decade was full of energy. The ocean seemed to be the fore-ground of the 1960s and its influence stretched across the population. No teenager would be complete without a large record collection to call their own. In fact, all you really needed to throw a great party back in the 60s were some great records, a few friends and some simple refreshments.

Many who grew up in those long summer days of the 1960s can remember just how much simpler it was. In small towns and big cities alike, everyone knew their neighbor and the whole community would come together in support of one another. Gas prices were cheap and cruising the boulevard was an important part of any teenagers life. It seemed back then that many people didn’t have a care in the world and everything just flowed into place. It was truly a great time for the nation and we learned a lot about ourselves in this monumental decade.

Another great part of growing up in the 1960s was the social element involved. From dances to hanging out at the local diner everyone seemed to come together to enjoy the summer time. At night, friends would pile up in their cars and all head to the drive-in to catch a movie and enjoy one of the many finer concession stand foods. From the warm days spent frolicking on the beach to those cool summer evenings spent with that special someone, no other decade can compare to the 1960s.